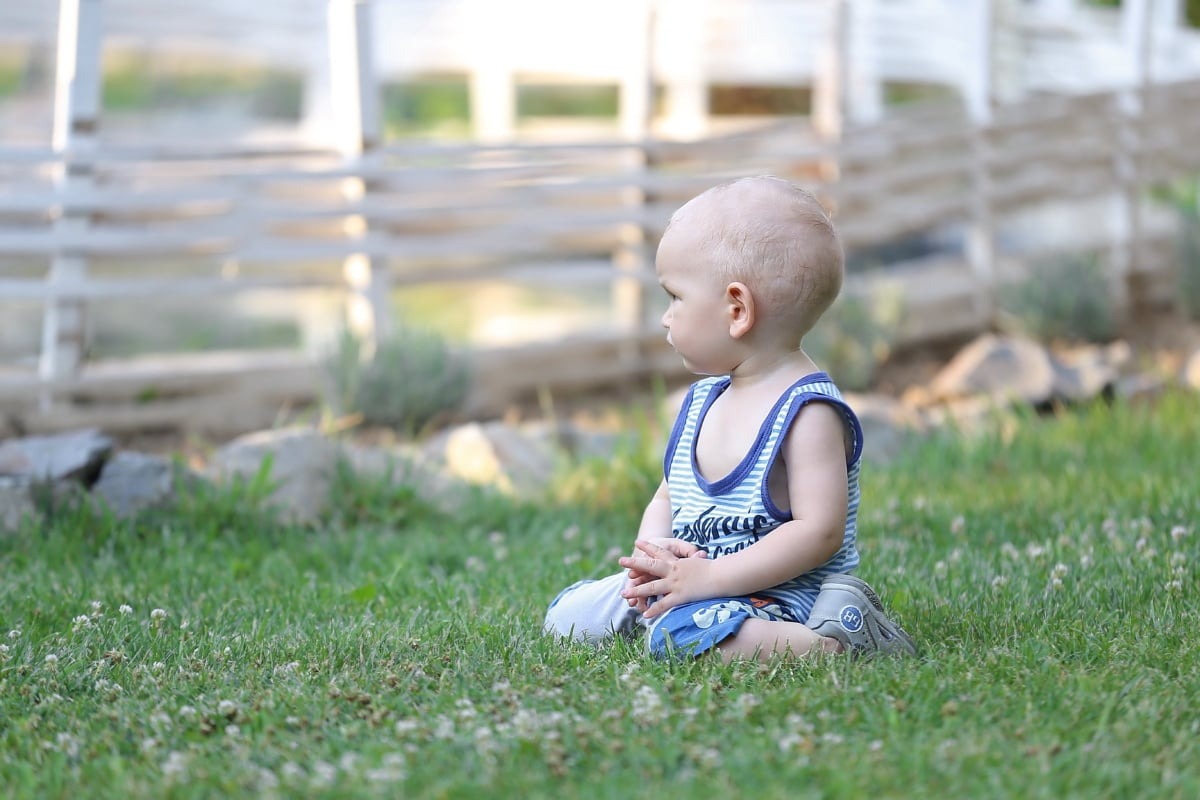 Want to learn more about the development of a child’s brain?

Paediatrician Catherine Gueguen, a reference in the world of education, in her best-selling book “For a Happy Childhood”, gives us reading keys to understanding a child’s brain development.

It is a book both theoretical and practical, which I read with great interest and pleasure.

I took care to transcribe the key passages in the article below.

I hope that these notions can be useful to you.

Understanding the development of a child’s brain

The child’s affectivity, the desire for relationships, begins at the dawn of his life.

The atmosphere in which the child lives will be decisive for his future life.

From conception until the age of 6, the child’s brain is very immature and in full formation.

It therefore presents an amazing plasticity allowing to record in new circuits all the lived experiences.

The child has the same basic needs as adults, he wants to be fully respected, to receive empathy and to be loved.

The child observes us, we are for him a model and we give him priority what we are.

The 3 brains of the human being

To begin with, we have three brains:

A large part of the brain forms during the first 5 years of life, its maturation lasts until the end of adolescence and until the 3rd decade of life for certain brain regions.

After birth the formation of the synapses is very intense. Millions of connections are made and re-made based on lived experiences.

During childhood and adolescence the brain loses half of its synapses and keeps that circuits that are used. Any event that can alter circuit formation has major consequences on a child’s brain development.

During intrauterine life, and the first two years of life, the brain is particularly sensitive to the effects of stress and the environment. It is also sensitive to the influence of nutritional bills, toxic products of pollution.

The development of neurons, the formation of synapses, the endocrine functioning that regulates stress are influenced by the environment.

Our relationships, our experiences determine which circuit and which brain connection will persist.

A child cannot react like an adult because brain structures are not yet functional enough. This explains how difficult it may be for the child to control his emotional reactions.

Currently, thanks to brain imaginary techniques, researchers are beginning to better understand how the brain works in relational situations.

Numerous studies show that the volume of the prefrontal cortex is correlated with the size of the social group.

Thus the greater volume in human beings could be a reflection of the very complex mechanisms necessary for social relations that underpin the cohesion of the group.

In adults, the prefrontal cortex makes it possible to make the right decisions in the face of emotions.

During infancy, the prefrontal cortexes are still immature and therefore unable to play this role of emotional regulator.

Uncontrollable emotions as an adult

Some adults find themselves like young children invaded by powerful emotions without being able to calm them down.

The causes of this poor development of the prefrontal cortex are multiple, but one of them is the violence that some people experienced during their childhood.

The prefrontal Orbital cortex is crucial to our social life: it plays an essential role in our capacity for affection, empathy, and the regulation of our emotions.

This region is very sensitive to the eye.

“When our gaze plunges into the eyes of the other our center of empathy penetrates deep into the soul of the other to understand it.”

If the Cortex is injured, the person has social disorders, he can no longer make the right decisions.

The development of the cortex depends on the child’s experiences.

When the child is abused, the cortex has significant alterations.

Around the age of 5.6 years the child begins to control his negative emotions a little better.

As a result, he can understand their causes and know how to overcome them.

This region matures in early adulthood. Each time the toddler observes someone managing to get through an emotional conflict calmly and accurately, circuits of the frontal orbital cortex record the scene and strengthen.

The anterior cintular cortex plays an important role in transforming our feelings into intentions and actions.

The child cries to signal emotions and to call for help.

Fatigue is very common in toddlers because its attention span and very short. Too stimulated, they feel overwhelmed and cry. Very often when he’s looking for sleep, he cries. As no one answers his calls, to his crying the child learns not to connect with what he feels.

The child will no longer express his emotions, his sorrows, his tears. A child who is said to be very wise when he or she is less than 5 years old must attract the attention of adults.

The role of the amygdala in regulating emotions

The amygdala is the place where our first emotional impressions develop, the more social contacts are numerous the more the amygdala and voluminous.

The amygdala plays a central role in our fear reactions. During the first years of life the perfectly mature amygdala triggers in the child many reactions, which he is not able to manage alone.

The amygdala is the center of fear is perfectly mature from birth but the brain structures capable of slowing the amygdala: the orbital-frontal area and the frontal orbito area are poorly functional.

The amygdala is involved in our unconscious emotional memory:

The explicit memory passes through the hippocampus. In children the hippocampus is still immature while the tonsils are already able to store unconscious memories. That’s why we don’t remember the events of the beginning of life.

But at the dawn of life, unconscious and already active implicit memory and early trauma can be born and lead to mental disturbances in adulthood but inaccessible to consciousness.

All childhood memories of fear keep an imprint in the amygdala unconsciously and sustainably.

The amygdala stores these memories and does not forget.

These feelings of fear continue to work in children without their awareness, altering and disrupting them.

The importance of talking to children

Words can change the way in the brain records our painful memories. The child is not able to really understand what happened in him or to name him because he does not yet have the ability to realize and put words on his emotions and feelings. It can not calm are tonsil.

If the adult offers words and asks if he agrees with, helps him to become aware of what he is going through.

The Hippocampus is mature at birth and occupies a central place in learning, conscious emotional memory and long-term memory.

The hippocampus, sorts the information that comes to it and allows us to remember the emotions that invaded us during a frightening event. The amygdala participates in the visceral translation of fear.

Everything we have learned, all our memories depend on the hippocampus. It manufactures new neurons throughout our lives and constantly redesigns them according to our learnings.

Stress causes cortisol secretion that too much of it attacks the neurons in the hippocampus, slows their multiplication, decreases their number, which has a disastrous effect on learning and memory.

Cortisol activates the amygdala so fear and dumbbells the hippocampus.

Mothering promotes the development of the hippocampus.

The hippocampus and cerebral cortex that allow us to have conscious memories are immature in the small child.

It is probably around 18 months that the maturation of part of the hippocampus begins, this explains the amnesia of memories of our infancy.

The callous body is a network of fibers that transmits information between the two cerebral hemispheres.

In children, the callous body is not yet mature, so it is unable to properly circulate information between the two frontal lobes. So each hemisphere works independently. This is why the child has sudden mood swings.

If the child lives in a very stressful environment, high amounts of adrenaline are released and the consequences are multiple: more frequent infections, problems with breathing, appetite, digestion, sleep, headache, panic attack, fatigue.

When you console an anxious child, you regulate the vital functions of their body that are disrupted by stress.

This axis is made hyperactive by stress, resulting in cortisol secretion. The consequences are immediate on the child and also on his adult life. He will be constantly hypersensitive to stress with anxious manifestations. When the child is anxious, angry and deprived of comfort, his brain is filled with adrenaline, neuro-adrenaline, cortisol.

The consequences of the diffusion of these stress-reactive molecules can persist for a lifetime.

Resilience is the ability to lead a normal life despite traumatic experiences. Many studies have figured out that the most important factor of resilience is the meeting of caring, supportive, loving people.

I hope this reading has been useful for you to better understand the development of the child’s brain.

Don’t hesitate to react in the comments to give your opinion on the article and provide additional information to improve it.

You can also discover the other sections of the site, in which I write articles on topics that I am deeply passionate about: well-being, environment, travel.

This site uses Akismet to reduce spam. Learn how your comment data is processed.

Weekend near Paris: getaway less than 2 hours from Paris

Reducing the carbon footprint of our food